Southern Hospitality is alive and well within the quaint town of Fort Mill. With a vibrant main street, bustling Kingsley, and the 2,100-acre Anne Springs Close Greenway, there is something for everyone in Fort Mill, S.C.

As you stroll through historic Fort Mill downtown, you’ll feel like you’ve stepped back in time. Many of the buildings on Main Street were built in the late 19th Century and provide evidence of the business district’s growth during this period in time.

4. Things To Do in Fort Mill SC 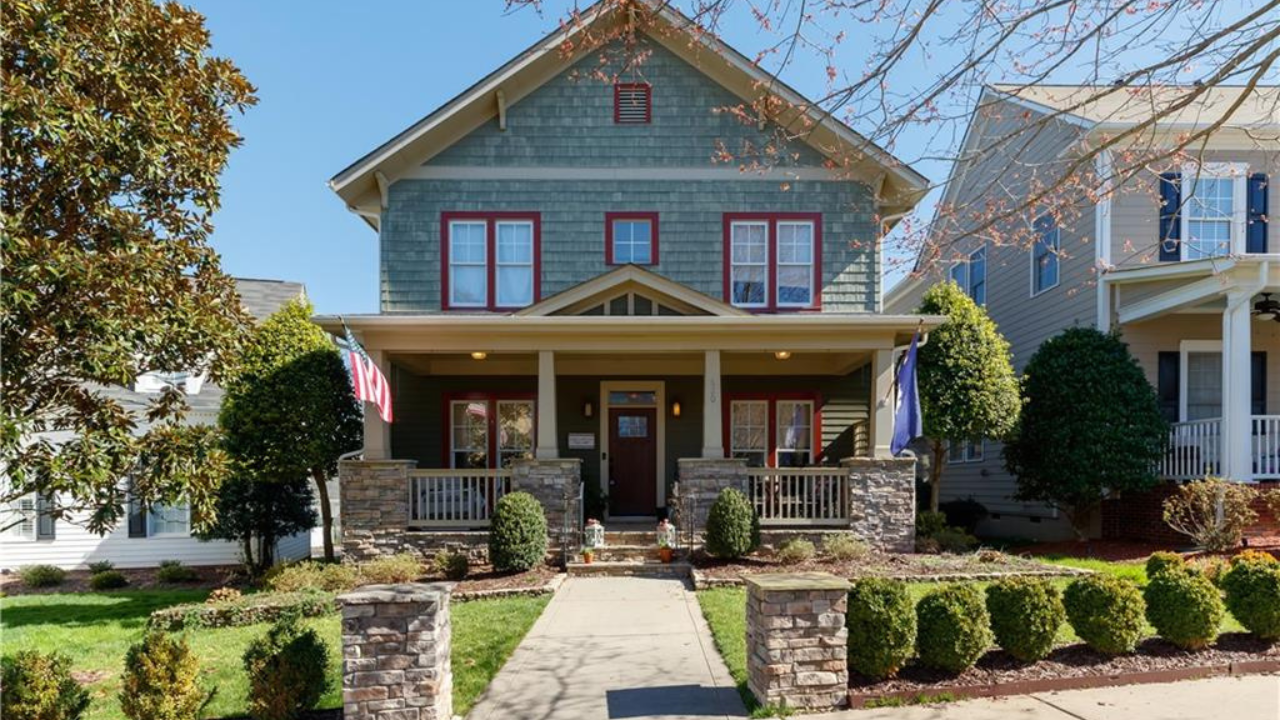 If you’re new to the area or thinking about moving here, were happy to show you what makes it home.

Prior to settlement by Europeans, the area of Fort Mill SC was part of a large territory of the Catawba Indians.  The original settlement was north of present day Fort Mill, where the Nations Ford Road crossed Steele Creek and was know as “Little York”. There was a grist mill, store, tavern, church and homes.

By 1830, the current town became known as Fort Mill and was named for the old grist mill at the original site, and for a small fort built by the British in the 1750s to protect the Catawba Indians from warring tribes to the north. Fort Mill was incorporated in 1873. The post office opened in 1820.  In 1852 a railroad was completed connecting Charlotte, Columbia and Augusta. A rail station was built in Fort Mill where farmers from surrounding areas could bring their cotton and other crops for sale and shipping. This influenced the development of commercial buildings along Main Street.  Residential areas began to be built to house the local merchants.

The town continued to grow. And in 1887, a group of local investors led by Samuel Elliot White, formed a textile operation called the Fort Mill Manufacturing Company.  Two textile mills were constructed which evolved into Springs Industries.  The Fort Mill Manufacturing Company built 30 mill houses for workers. By 1907, employment had reached 475. Some of the mill workers also lived in larger boarding houses around the town. By 1889, the town had 8 general stores, a bank, insurance company, a drug store and the mill store.

Growth declined from 1920 to 1940 due to the effects of the Depression. In the 1970s to the 1980s, Fort Mill was home to TV evangelist Jim Bakker where he developed Heritage USA. The town held a public hearing in October 2008 to propose an annexation that doubled the towns size. For more than 100 years, the Fort Mill Manufacturing Company and later Springs Industries expanded and merged with various acquisitions.  Textiles are no longer the predominant industry, but Fort Mill continues to grow and evolve into a modern, vibrant community with a colorful history. 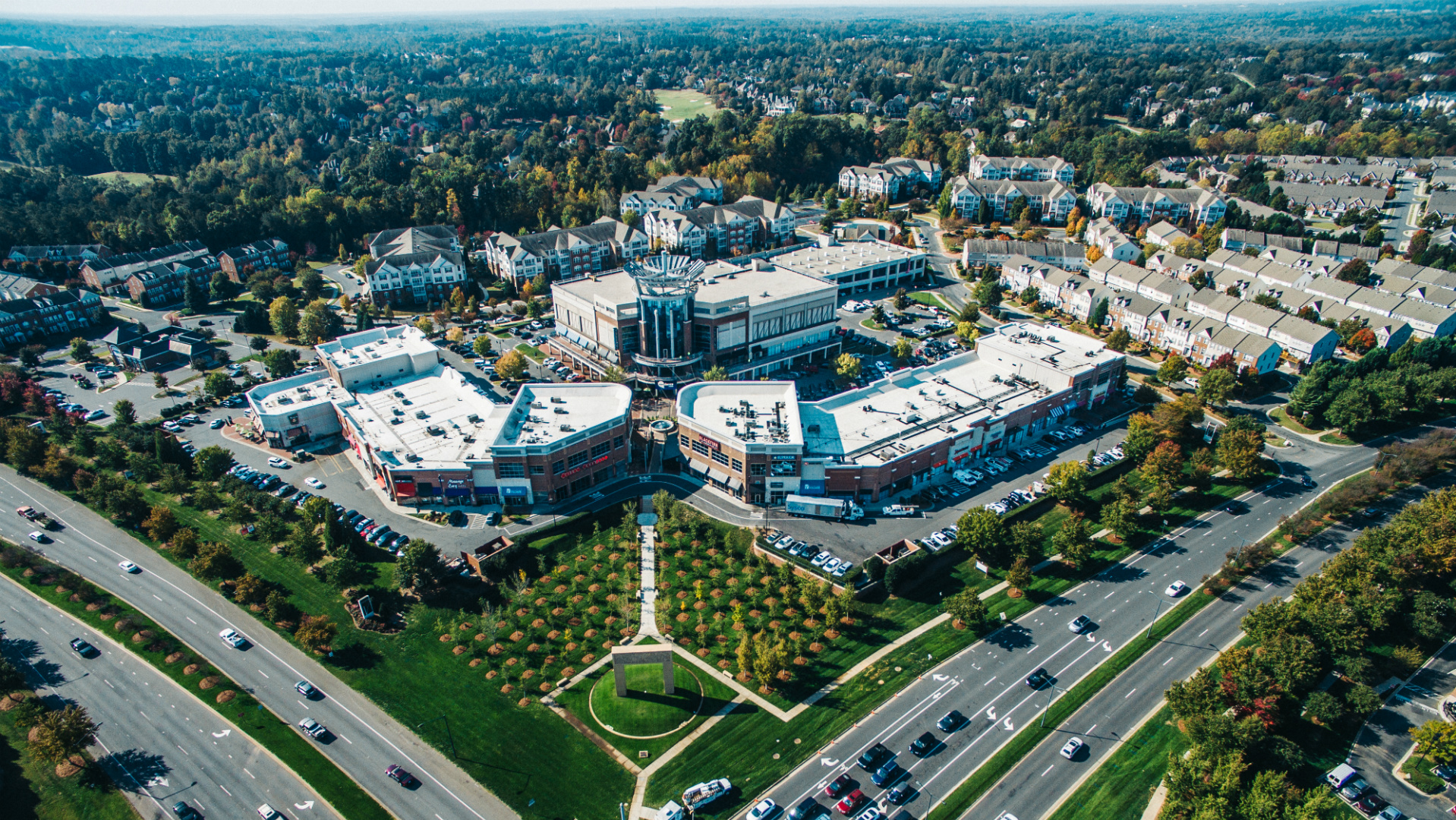 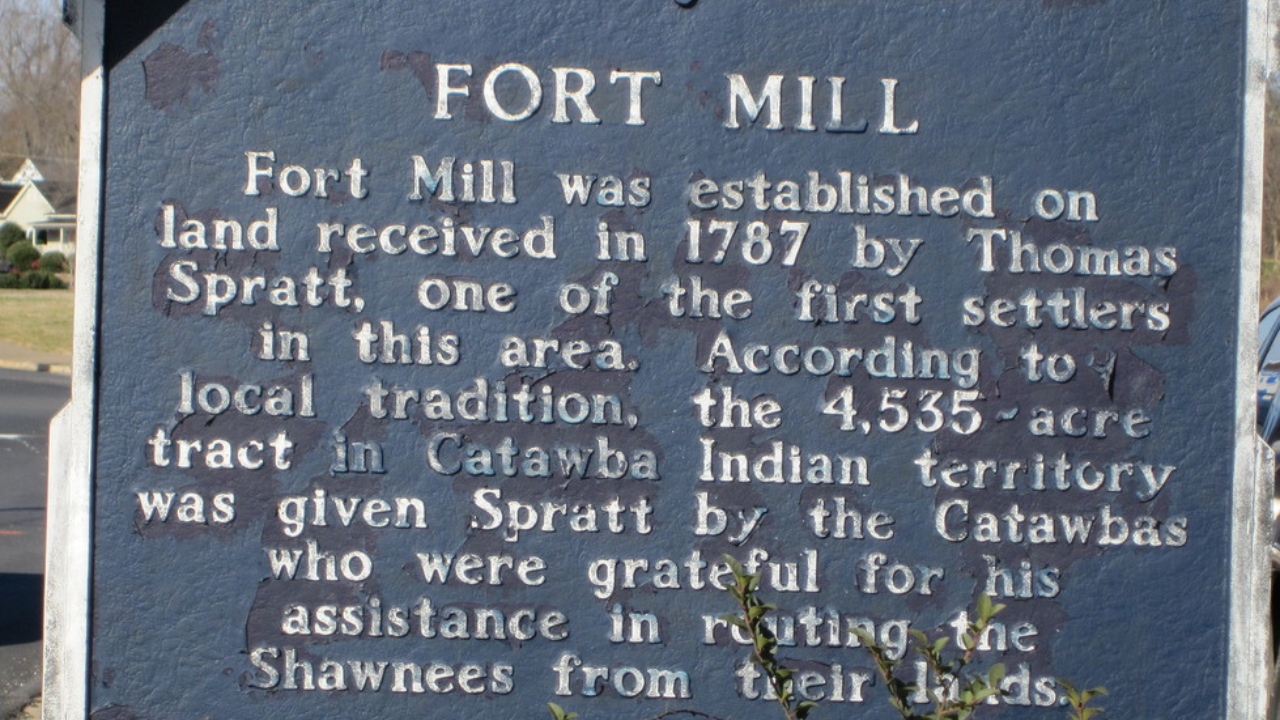 The Right Agent Will Make Your Real Estate Experience BETTER!

Fort Mill SC is the closest suburb of Charlotte, NC in York County and many commuters live in Fort Mill but work in the Charlotte area. The commute to Charlotte is a straight shot up I-77 and you can be there within minutes.

When it comes to the school system, Fort Mill SC, stands out with some of the top schools in the state. This is definitely a good place to educate your self or enroll your children for some high-quality education

Step back in time as you stroll through Fort Mill’s historic downtown, with some buildings dating back to the late 1800s.

Kingsley Town Center celebrates Fort Mill's industrial heritage, providing a unique address for corporate, commercial, and residential buildings amidst the natural amenities of the site. Kingsley is known for some of the best dining and shopping in Fort Mill SC.

Lake Wylie is just 20 minutes way, giving you access to all lake life has to offer!

Carowinds is Just 15 minutes from Fort Mill. Carowinds is where the Carolinas come together for fun! For more than 45 years, families and friends choose Carowinds for an AMAZING day the Carolina way. Only at Carowinds will you find almost 60 world-class rides, the Carolinas' best waterpark, live entertainment, Camp Snoopy and downhome Carolina cuisine.

Baxter Village is an award-winning and nationally recognized community that boasts miles of walking trails, sidewalks and acres of land plus parks. This tight knit community values front porch sitting, tree lined streets and the all-American dream packaged into one neighborhood.

Buy a home
Sell a home

4. Things to do in Fort Mill SC

Puckerbutt Pepper Company – PuckerButt Pepper Company is home to the World’s Hottest Pepper, The Carolina Reaper. Chef Smokin’ Ed Currie is the mad scientist behind the creation, creating around 500,000 Reaper plants each year. Head downtown Fort Mill SC & explore the vast array of hot sauces, mustards, and salsas. If you are daring enough, you can try the famous Carolina. Reaper.

Olive’s Mud Puddle- Debbie Whitsett waited a long time to find the right place to open a clay pottery studio in Fort Mill. Olive’s Mud Puddle – named after her favorite pet duck – is the only place in town where visitors can take pottery classes, browse local artwork, and get a fresh coffee.

Fort Mill Community Playhouse – Several plays, performances, and concerts are produced throughout the year in the small and cozy theater within walking distance of local shopping and dining on Main Street.

Hobo’s-  Hobo’s is the most recognizable restaurant in Fort Mill because of the iconic outdoor patio at the edge of downtown. The restaurant is named after people who hop onto moving trains for free rides across the country – and the restaurant offers the best view in town of the railroad tracks. Their menu of tacos, burgers and mixed drinks is savory and fulfilling.

The Peach Stand – While traveling along Interstate 77 from Charlotte, I needed gas and a restroom. The first place I found was at the Fort Mill exit past the glitzy new Kingsley Town Center. I didn’t know what to expect when I pulled under the Exxon carport beside an enormous, modern, clean building.

Buy a home
Sell a home

Fort Mill SC is ranked among the best places to live in South Carolina and contains the best public schools in the state.  People are attracted by the amazing neighborhoods and communities full of families just like yours. And bonus: your property taxes are half of what they’ll be across the border in Charlotte and Mecklenburg County. So whether you’re looking for a nice little ranch with some more space, a traditional two-story, or a neighborhood with more of a suburban feel, swimming pool, and clubhouse for the kids, we have all of that here right here for you. You can find everything from your small bungalows up to your eloquent mansions, and everything in-between.

Located less than 20 miles from Charlotte, in the heart of Fort Mill, South Carolina, Baxter Village is an award-winning and nationally recognized master planned community that boasts 1,450 homes and a mixed use town center with over 250,000 square feet of restaurants, shops, and offices — all within a pedestrian-oriented setting.

Community amenities and civic uses are at the core of Baxter’s design, including a YMCA, public library, elementary school and over 500 acres of open space and parks to provide residents with the daily conveniences they need and the neighborly interactions they want. Designed utilizing principles of Traditional Neighborhood Development.

If you’re new to the area or thinking about moving here, were happy to show you what makes it home.